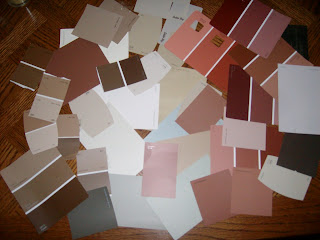 We then entered "Paint Chip Hell"  Well, we were there before this point, because my parent's helped me pick out the final few color choices.  Pave had the final say out of the three pair's we narrowed it down to. 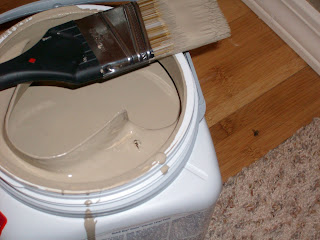 We had so many stinking flys during this time... it was gross!  I didn't feel bad at all when one got stuck in the paint (see it, the blob on the 'pour tray thing', there is another dead one on the floor that I killed right before I took the picture) 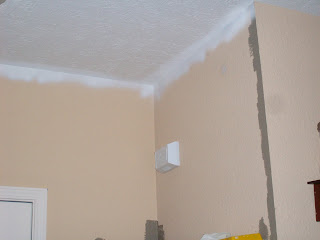 My mom told me to get rid of the original color, to paint the top few inches the same color of the ceiling, so it covers up the edge.  We didn't have the ceiling color, so in an effort to not have to paint the WHOLE ceiling too, I tried Kilz white pigmented spray paint... It worked awesome, because it covered up the color, but didn't leave a mark on the ceiling where I sprayed it! 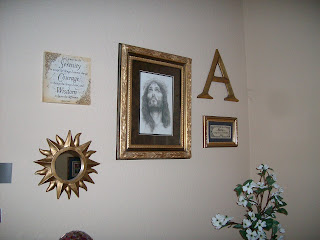