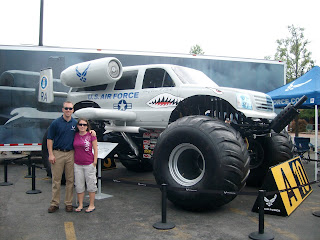 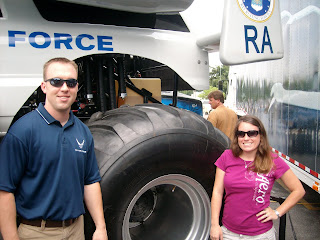 The tire is bigger then me (we got to go behind the rope... special recruiter privileges) 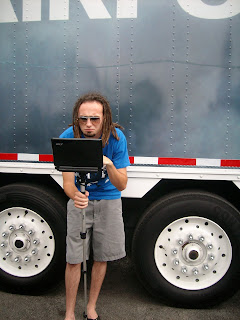 My little brother filling out their computer questions (doesn't he look like a #1 ideal Airman!) 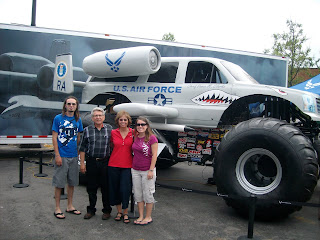 My family and I in front of the monster truck 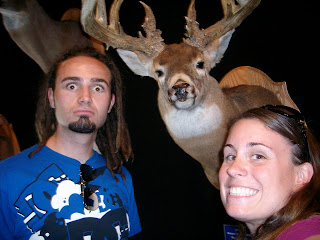 No words... (there was a whole trailer that you could walk through with 'prize bucks') 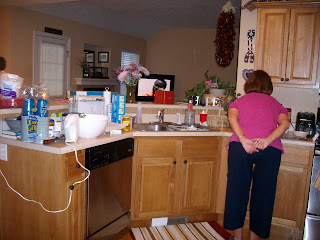 We had a ton of people coming over for the holiday... my kitchen couldn't handle all the food that needed to be prepared. 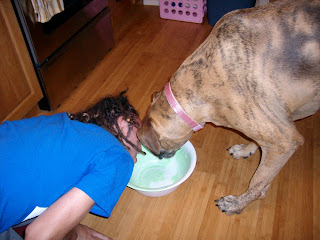 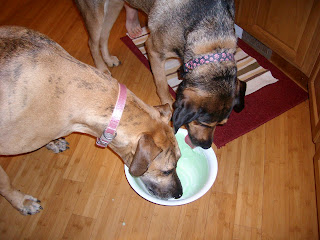 The girl's kicked Ben out of the way, and got down to business! 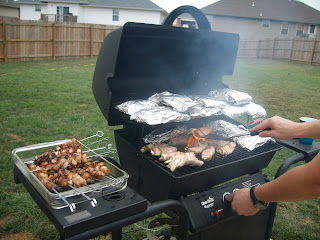 It was determined that we needed a bigger grill (sadly, my Dad and Pave's Dad maned the grill... Pave was at the event all day- but we brought him a plate when we made it out there!!) 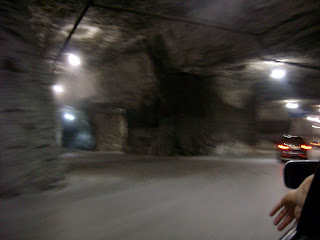 We got to go on a really cool tour of the under ground mine/storage.  It was truly awesome (but this is a bad picture). It's like a whole city! They only do about 11 tours a year, we were one... (again, another recruiter privilege) 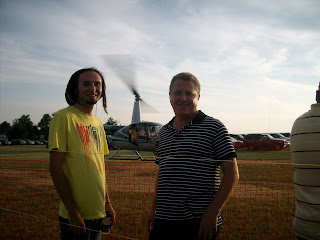 Ben and my Uncle Scott were going to go on a helicopter ride, at the place where we watched the fireworks.  They got in line at 5:30ish... 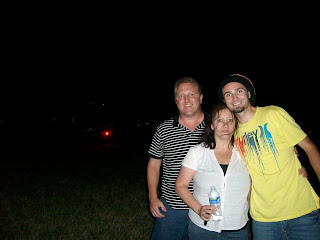 They ended up having to stop the rides for several reasons... they offered a free ride to someone, so my Aunt went along... they were up in the helicopter while the fireworks were going off, said it was so awesome!  (3 1/2 hours later...) 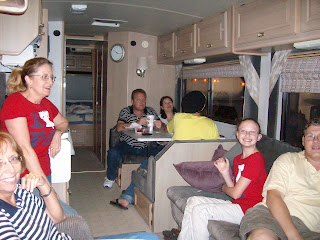 We took my parent's motor home... and had a blast.  There were 10 of us, and a TON of laughs! We waited forever to get out, but being together made it fun (we were even smart enough to bring the extra food we had cooked earlier) 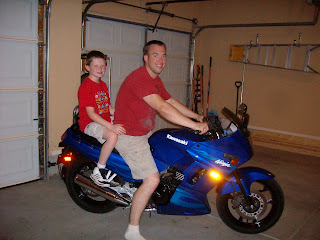 Pave and his little brother 'testing' out the motorcycle.... my mother in law wouldn't let Pave start it with his brother on it.... :(