So, the doctor's appointment went pretty crappy. After the upped dose of Clomid last week, they expected some great follical growth, but oh no... 1mm.... in 8 days.... it only grew one.millimeter.total. Really? How can this be? It worked perfectly last month. So now we are on to injectables, and I'm not so fond of that idea, but I guess it's where we are at now. And its not so much the shots, its just that I know I won't be able to give them to myself, and Pave refuses to (hes really weired about that kind of stuff...). Luckely, I have a good friend that is a nurse, and she said she would happily stick me! Her and I actually had a great night tonight.... durinng our 'Jam Session'!

My mom used to always can fruits and vegetables, so I had helped her (sorta) do it and decided that I was going to do it. I love strawberries, as a fresh fruit, but in NO other way. Not candy, soda, gum, ice cream, popscicles... if it isn't fresh off the vine, I can't eat it. So, I knew that was at... and thier isn't really a bunch of other fresh (cheep) fruit out right now.... but ohhh there are peaches! I had never had peach jelly (I don't think.... apricot for sure- it's my Mom's favorite ever!) so I figured I would give it a try.... They were so beautiful.

If I were a better photographer, these pictures might look better, but they are as good as it gets....


These are the beautiful peaches before they were blanched to get the skin off. 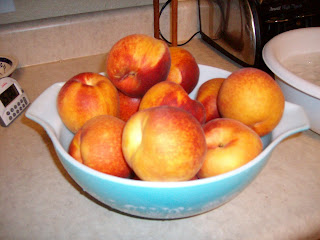 The peaches in the hot tub (as my Step Daughter called it) for 1:15 min, and then into the ice water to stop the cooking 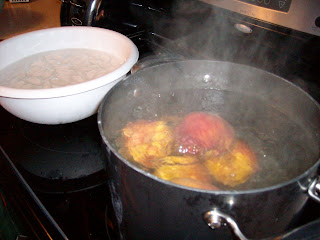 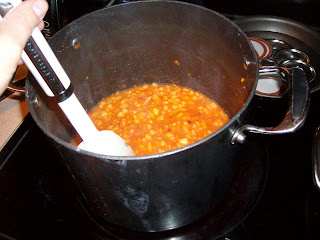 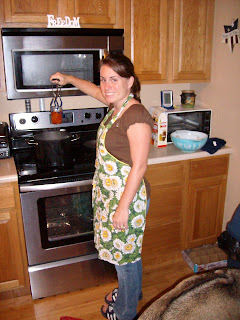 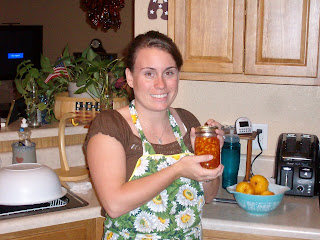 And where was my little boy the whole time I was cooking? Ya... on my bed, where he is not supposed to be, as disscused here. 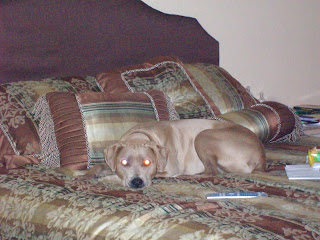