While Pave was gone on training, my parents came into town over my spring break.  By this time we had already completed the bed, but I had been talking about a workbench with my Dad, so began the start of another project. 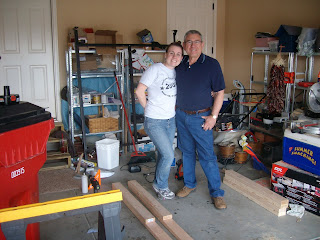 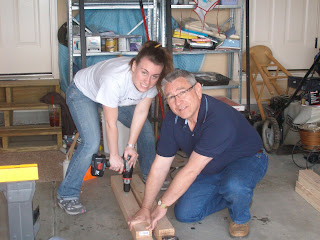 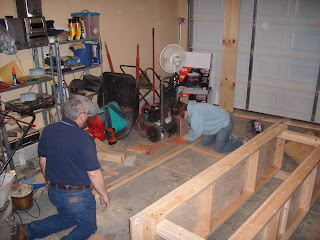 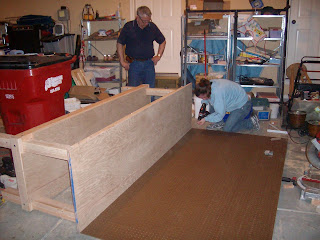 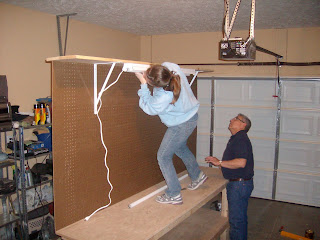 So there are a ton more pictures then this... and as I'm looking through them I'm noticing that I'm doing a majority of the work... Dad is just supervising!  I want his job!
This is a picture of my family, once it was done... Notice how nice Mom is dressed... ya she was the photographer and cook, two VITAL pieces that helped get this project done! 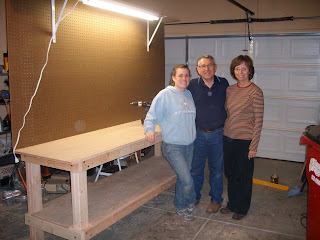 Again- Pave knew I was doing something, he called us about halfway through it, and said he heard a lot of banging going on (we were pounding the carriage bolts out of the holes we made, because we used the wrong size).  I responded that "Yes, there was a lot of banging and screwing going on".... maybe its only because I've been married for over 5 years that I could say that joke in front of my parents, but we all thought it was pretty hilarious!
This was the picture that he got- me showing off his new work bench
(look how sexy I am in a stain and glue covered hoodie, and ripped jeans!) 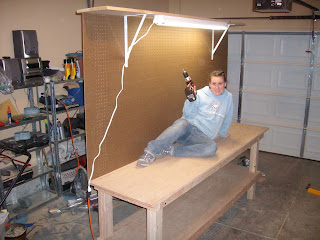