As you all may remember Pave is a huge Cowboys fan... me- not so much.

Let's just say that during playoff games (especially playoff games that include the Cowboys) I'm forgotten about. (Which as a side note... they haven't won a play off game since '96, which uh... was like a century ago!)

So I took a bubble bath and read a book. Who needs him anyways!

But seriously, can you possibly have anymore Cowboys crap (hoodie, blanket, and just out of the picture signed football *Jason Witten*, brick from the new Cowboys stadium....) 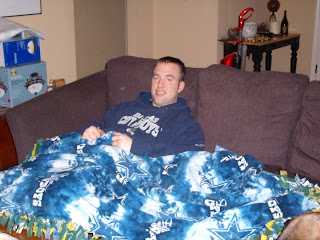 At least my Packers are in the picture a little... see the fringe, how it's green, that's from the Green Bay fleece that's on the other side of the blanket, which will be flipped to show off that side tomorrow!

One of my favorites... 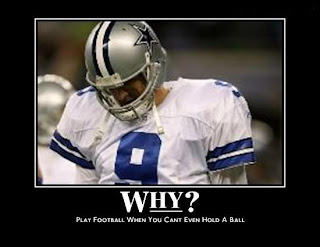