On the second day, my Aunt and Uncle came in from Chicago. We went to go eat at the Gingas Grill... it's like a Mongolian Bar B Que. You get this metal bowl, and fill it with a much meat (they have all kinds) and veggies, season it, and pick your sauce and then had it to the chefs. Then you tell them the starch you want (rice, noodles, pasta, tortillas) and in about 10 min, it's delivered to your table. YUM! I had eaten there once when I went back for my little brothers graduation, but Pave was eating there for the first time.
After that, my best friend headed back to El Paso, and we went back to the Balloon Fiesta for round two. Usually on the weekend nights, they have some sort of Balloon glow... except when we were there. There was to much wind, so they didn't let the balloons go up, in fact the canceled the Gas Balloon Race for the first time in 14 years (and there goes about $6,000 worth of helium per balloon). 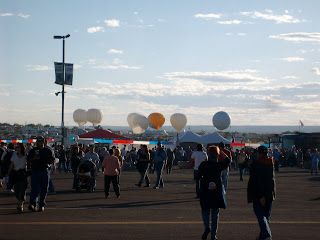 We walked around the event grounds, and ate some good food, watch them carve some cool stuff with chain saws, and then watched the fireworks. 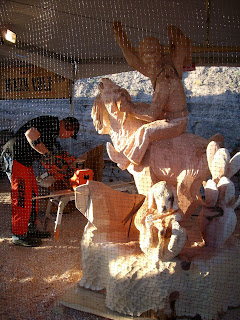 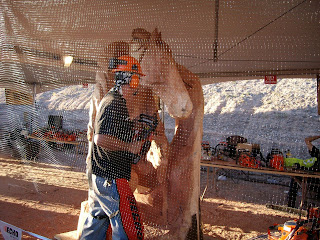 This is what the glow is supposed to look like... but since it didn't happen this year, I took the photo off balloonfiesta.com 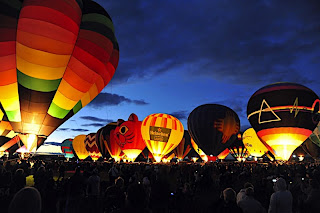