I've had some e-mails asking who we are, where we are stationed, and more. I promised my husband that I wouldn't tie his name to this, (and so far have done good just calling him 'my husband') but that's getting old. A couple of my other 'blogger friends' have come up with cute nicknames for their family or their husband, so I guess I'll jump on board! I asked him what he would like me to refer to him as, and since he has the creativity of an ant, he came up blank.

So after much thought and deliberation (well, maybe not 'much', but at least some!) I'm happy to introduce you to my amazing husband, Mr. Pave! :) Pave, yes, I know it's weird, but it truly is him. When I met him 5 years ago, he was the dedicated crew chief of a MH-53, which is known as the Pave Low. 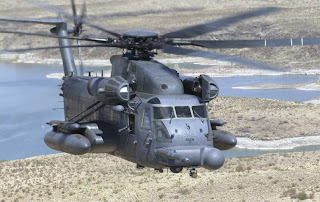 This is a picture of it. We'll it is now retired, prompting his first round of cross training. Not only is this helicopter his 'baby', it has a really cool history. It started out in Vietnam, and up until it was retired, was used for para rescue. They call it the "Jolly Green", and the maintainers and PJ's are know for having 'green footprint' tattoos, decals, etc. Possibly the most recent fact of the Pave, is that it was in the wicked cool (ok I'm a bit biased) movie, Transformers. It was Blackout, though was a bit put off that he was a decepticon.

My talented FIL made this for him one year. The original picture was taken with his hand up on his helicopter, and he transposed it onto Blackout. It by far has been one of the best Christmas presents to date. Ok, so this picture is small, and you can't truly see how handsome he is, but that's my man! 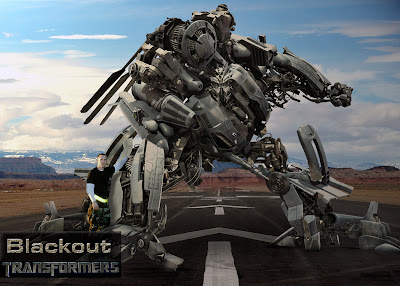 We met in May of 2004, and got married 7 months later, December 18th. We are getting ready to celebrate our 5th anniversary this winter. He had been stationed at Kirtland AFB in Albuquerque, NM for several years when I met him in a college course. I grew up in Albuquerque, and we laugh, because within a year, he met me, married me and moved me. While I was finishing up my degree from UNM (Go Lobos!), he was cross training, and we moved out to our last base. 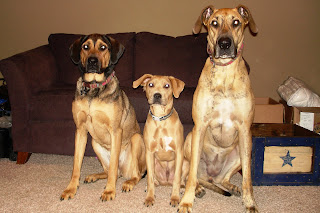 We have three dogs, who are spoiled rotten, Kayden who is a Rhodesian Ridge back crossed with a lab, Tara who is a Great Dane, and Baxter who is a Shari-pi lab cross.


As some of my posts have shared, we are currently going through fertility treatments. I say we, only because he gets the brunt of the mood swings that are associated with all the drugs I'm on. After four miscarriage's (our most recent one in November 2008), they diagnosed me with Poly cystic Ovary Syndrome, or PCOS. Fertility treatments are never easy, but it's even harder when Uncle Sam sends him one way, and my window is only open for about 1 day a month!


So this is my wonderfully fantastic life that I love! Comment if you have more questions, and I'll add the answers to the post!