I knew there was a mistress, I didn't expect to be her secretary too 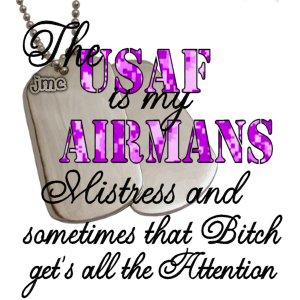 First week down- three years, 51 weeks left. Hopefully they won't all be like this one. I'm exhausted, I'm sick, and I hate his hours, but this to shall pass, or so I'm told. Every day this week has been 8am-9:30pm... at least! Sometimes later, never earlier. I know he has been working hard though, why you ask? Because I've been there too! Not nearly the same hours as he has, but his flight chief has a very 'wife's hands on' attitude, which I guess is good, because hes fine when the spouses come in, however, there is no free ride. I have been PUT TO WORK! I guess he figures a woman's hand writing is better then the man's so, I've been doing the school folders, arranging files, printing out directions, cleaning the office, and a bunch of other stuff. Oh well, I guess it's better then staying at the house all day. Beyond that, I think I have strep, which sucks, because we are still getting switched over to tricare prime remote, so I don't really have a doctor right now, and it isn't quite 'emergency room' worthy. Luckily, I have some left over antibiotics from past surgery (I know I was supposed to take them all... my Mom already lectured me). Well, good thing I have had a BUNCH of surgery, because I have eight days worth. Hopefully that will knock out whatever is going on here. Signing off.... with more NyQuil
Posted by AF Recruiters Wife at Saturday, June 20, 2009