I'm going out with my boots on!

***NOTE: The pictures are messing up the formating, sorry, I can't get it to look right!*** 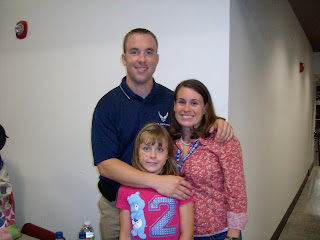 It's amazing we can be happily married, because Pave is SOOO not a country fan. Like- AT ALL! And has never been to involved with anything 'country-ish', like the State Fairs, Rodeos, boots, etc. Well, the Air Force changed all that for him! Apparently the Air Force is a huge sponsor of the PBR, and that means that the in whatever town the PBR tour goes to, the recruiters have to go set up there... and they get a bunch of tickets.... and VIP passes.... I was in heaven! 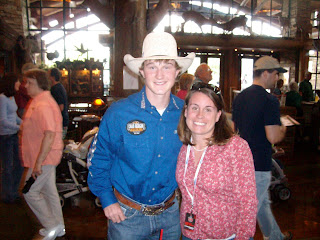 It was kinda sucky for the guys, because they had to be there all day (literally set up at 8:30am and the event was over about 10:30pm). My stepdaughter had never been to a rodeo, so her and I went about noon. We were able to get some autographs of some of the bull riders. They also had some Special Forces guys come in (they were supposed to repel into the stadium, didn't happen for some reason), and they did some demonstrations of their mad medical skills. The commander was there as well.

The DEPPERS, (guys, and gals, in the delayed entry program) actually were sworn in at the beginning of the ceremony. It was really neat, and the whole crowd cheered. They then had 4 airmen that were veterans of OIF veterans. One of they was the special force guy that we were hanging out with. There was a bunch of smoke, pyrotechnics, and music as they introduced the cowboys. Each cowboy came out and shook the hands of the four Airman. It was really quite cool. 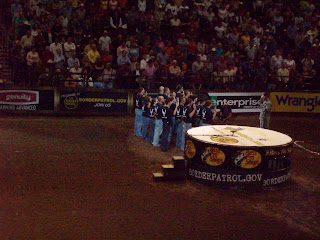 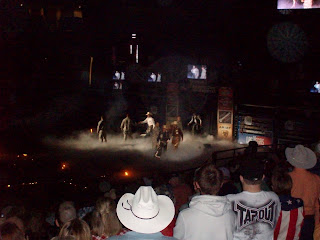 truly was a blast, and even Pave said that he thought it was cool. Since he worked all yesterday, he doesn't have to work the event today. I'm so excited to go back for the finals! 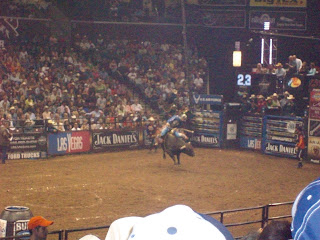 Since the Special Forces guy was there at the table, Pave said that maybe he should be the one to give me my shot... since he has all the 'training'. He did it a little different, instead of a 90* angle, a 45* one, and then moved the needle out as he was injecting the fluid so it spread it out over a bigger area. I don't know if it really helped, it still hurt like hell. 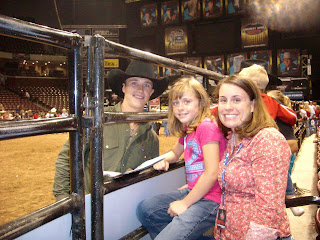 Overall, we all had fun. Which truly surprised me!